What is the ERA Coalition?

We work with our partner organizations to provide a strong, multigenerational, inclusive forum for all voices. We are building the groundswell moving towards equality.

In the States. On the local and state level, we host bi-weekly calls for advocates in unratified states across the country to share strategies and resources. Our guests on those calls include U.S. Senators, Representatives, and state legislators who are leaders of the ERA movement. ERA Coalition staff are often on the ground as states pursue ERA ratification. In 2019, that meant many sessions in Virginia and North Carolina, long-distance advising, and support to other states.

On the Hill. On June 6, 2018, we helped organize a “shadow” hearing on the ERA convened by Congresswoman Carolyn Maloney and attended by more than a dozen members of Congress. On April 30, 2019, we helped Judiciary Committee Chair Jerry Nadler organize the first official congressional hearing on the Equal Rights Amendment in more than 36 years. In 2019, we gave substantive briefings on the ERA to Senate and House of Representatives staffers, working with Senators Ben Cardin and Lisa Murkowski, and Representatives Jackie Speier and Carolyn Maloney. We help build support for the ERA in the House and Senate on a daily basis, seeking co-sponsors for legislation and opportunities to move the process forward.

Inclusion. The ERA Coalition is constantly expanding its membership to include a wide representation of support for the ERA. In October of 2018, we hosted a major Women of Color Summit and live-streamed panel from the City University of New York (CUNY) Graduate Center. Panelists included Nevada State Senator Patricia Spearman, who led the ratification in Nevada in 2017; North Carolina Representative Carla Cunningham, sponsor of the ERA; State Senator Jennifer McClellan, Patron of the ERA in the Virginia Senate; and Delegate Hala Ayala, Co-Chief patron in the Virginia House. Made up entirely of women of color, this groundbreaking conversation was titled A New Era for the ERA.

Legal Expertise. Our Legal Task Force has produced a legal brief titled The Equal Rights Amendment: Advocacy, Litigation, and the 38th State, the blueprint for winning the ERA beyond ratification by the 38th state. Comprising the country’s top constitutional lawyers, our Legal Task Force has the experience and strength to lead us forward as we champion the ERA movement. On November 26, 2018, ERA Coalition leadership Jessica Neuwirth, Carol Jenkins, Carol Robles-Roman and Bettina Hager participated in the Brennan Center for Justice/NYU all-day summit of legal experts: The Equal Rights Amendment: A Century in the Making. Co-founder Neuwirth’s paper was included in the Center’s final report. Her book, Equal Means Equal: Why the Time for an Equal Rights Amendment is Now, highlights Supreme Court cases in which women have been denied justice for gender-based violence, pregnancy discrimination, and pay inequity.

The ERA Coalition is an Equal Opportunity Employer. 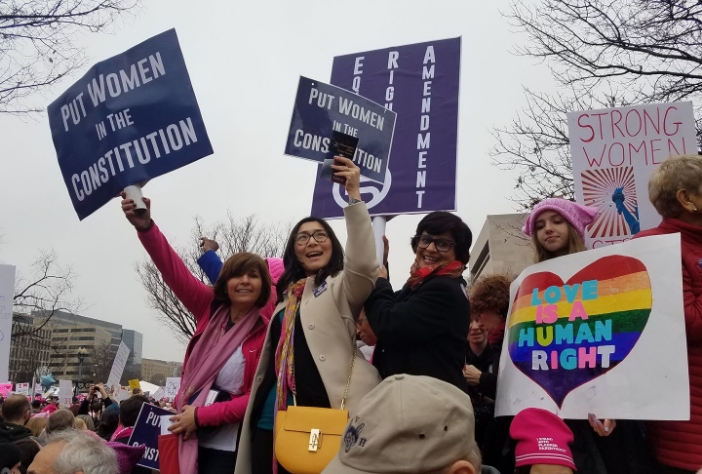 Research. The ERA Coalition’s research has driven the conversation about the ERA in recent years, showing that 94% of those surveyed believe in constitutional equality for women. But 80% mistakenly believe that women are already included in the Constitution. That number is changing because of our outreach and education work.

Education/Media. Through our newly enhanced website, weekly newsletters, frequent opinion pieces and interviews, public events and a very vigorous social media presence, we are educating the American people about the urgent need for constitutional equality and mobilizing efforts across the country to finish the work that was started in 1923 when the ERA was first introduced in Congress. Each spring, the ERA Coalition organizes Campus ERA Day, a nationwide call to action hosted by Hunter College with dozens of campuses participating from across the country. 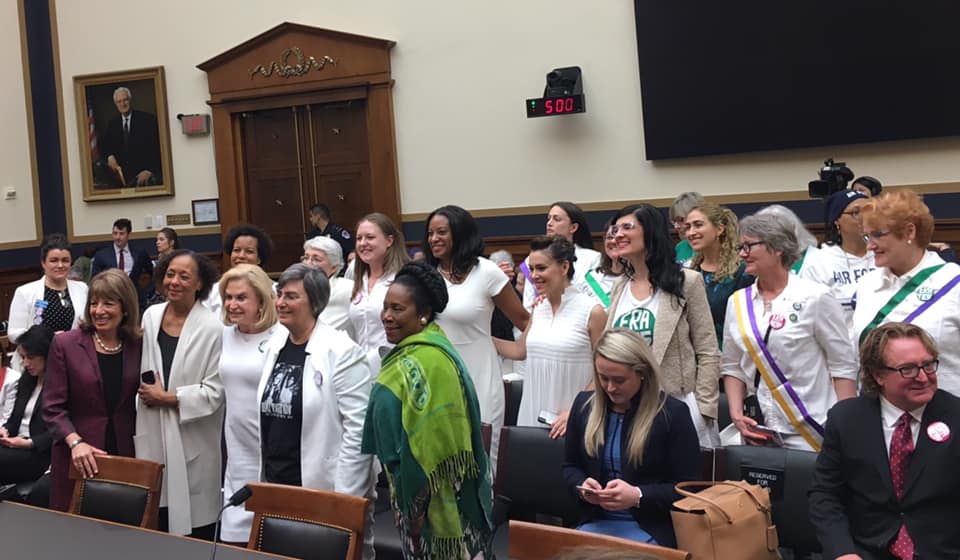 Beyond the ERA. The ERA Coalition has done extensive work on what we believe is the next step in constitutional equality. With a team of leading constitutional lawyers, the Coalition has drafted ACE, the Amendment for Constitutional Equality. ACE would explicitly prohibit discrimination on the basis of race as well as sex, including sexual orientation and gender identity, in the Constitution. Other grounds of discrimination include disability and faith. The ERA Coalition believes in equal rights for all, and ACE would enshrine these rights. The Coalition is advising advocates and legislators in New York State about passage of an Inclusive ERA that prohibits discrimination on all these grounds. The NYS Senate passed the Inclusive ERA by a 62-0 vote in 2019. We have high hopes for an Assembly vote in 2020.

For more information on why we need the ERA